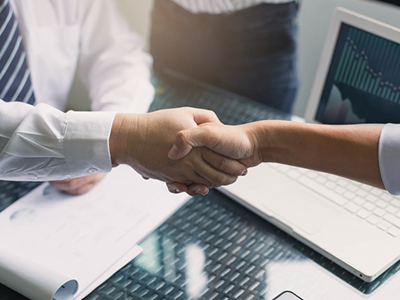 The rise of digital on-demand platforms and services, combined with the ubiquitous availability of digital communications, has fostered a gig economy with the capability for many people to work when they want, where they want, and how they want. A gig economy is a workforce in which a full-time staff is less common than temporary positions for short-term and flexible arrangements such as seasonal workers, independent contractors, and workers on short-term assignments.

Many businesses in the US have already revised their need for full-time standard workers and instead favor a low-cost workforce with flexibility in hours, size and skill sets. A recent survey estimates that over 57 million Americans are freelancing in the gig economy and the concept of freelancing is rapidly gaining popularity among the new generation of workers. There is a definite change in attitude from “jobs” to “work” among today’s workers. My 22-year old daughter who is a marketing major in college doesn’t believe in getting a job and wants to work on various projects and be her own boss. I am not sure where she gets her confidence, but she certainly believes she will not run out of work, even if she doesn’t have a secure job at that moment.

Typical gig jobs that we are all generally familiar with include rideshare arrangements such as Uber and Lyft, freelancing services found on websites like UpWork and Freelancer, and delivery services such as DoorDash and Grubhub. However, for many of the common skilled hourly workers, there still remains a large barrier to enter into this new gig-economy, namely a lack of transportation or skills. Ergo, “just drive Uber” doesn’t apply to a large portion of today’s hourly, entry-level, and common skilled workers.

In 2019, nearly 4 million hourly jobs were held in the quick service restaurant, and many of them worked multiple jobs. Unlike common perceptions about the typical millennial or gig workers, extra work for this demographic isn’t being done for extra spending money, it’s really just to cover their basic needs. They certainly all don’t have reliable transportation to be able to work for ridesharing gig jobs. Affording a work-life balance or a flexible work schedule is almost a foreign language to workers in this demographic.

In the food and beverage (F&B) industry, we often hear about a turnover rate as high as 150% and staffing challenges due to frequent callouts and no-shows, despite the ever increasing population of restaurant and hospitality workers. I stop and think whether the F&B industry can adopt common skilled gig workers or on-demand staffing for hourly, shift-based and immediate work opportunities. If your business is based in California or in other states following AB5 closely (where the California Supreme Court ruled that many gig workers should have equal pay and benefits of employees), you may feel reluctant to this idea. However, because the F&B industry regularly face staffing issues like those mentioned above, we are compelled to think about forming a solution that could benefit both hourly workforces and businesses.